Posted on July 25, 2015 by walthamstowfoodies 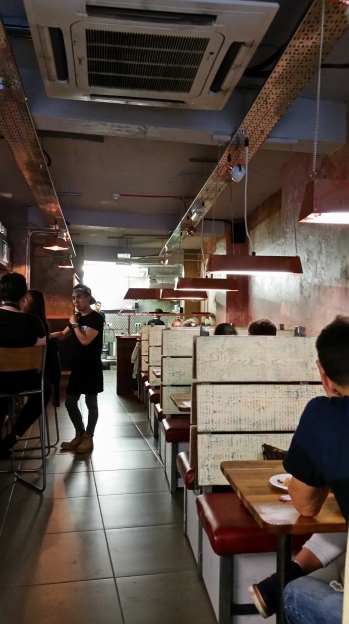 We were definitely NOT eating out this week after a whole weekend of indulging in street food at the Walthamstow Garden Party. But then it was Monday evening and after a virtuous swim outdoors in Covent Garden, we somehow really needed to eat out again. As a kid I always wanted chips after swimming, but now we share a craving for post-swim noodles.

A couple of weeks ago we fell into Pho Cafe on Long Acre in Covent Garden, but this week we tried out the newly opened Salvation in Noodles at Finsbury Park. So how do these modern Vietnamese compare with the old school Hackney and Shoreditch Vietnamese cafes? 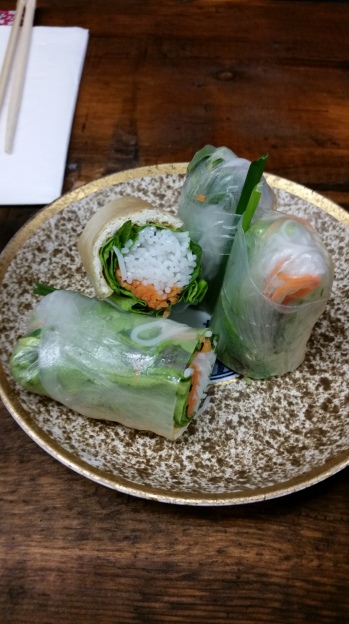 The tofu and vegetable summer rolls (£5) were light and tasty but would benefit from more Vietnamese herbs, especially Thai basil. But they beat the prawn summer rolls at Pho which were uninspiring – plain and stodgy. 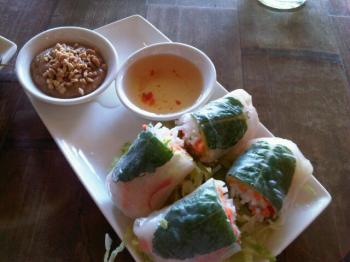 and the prawn summer rolls at Pho Cafe

One of the foodies has gone veggie / fish eating for the month of July, which is creating some challenges when eating out. But it’s also making us reassess our options and lazy menu choices. Disappointingly, at Salvation in Noodles only one of the hot noodles dishes is vegetarian, all the rest are either in a meat soup or include meat along with the seafood. We ordered the prawn Bun Bo Hue in spicy lemongrass soup but we weren’t sure if this was a veggie or chicken stock, along with the crispy salt & pepper tofu noodle salad (both around £9). 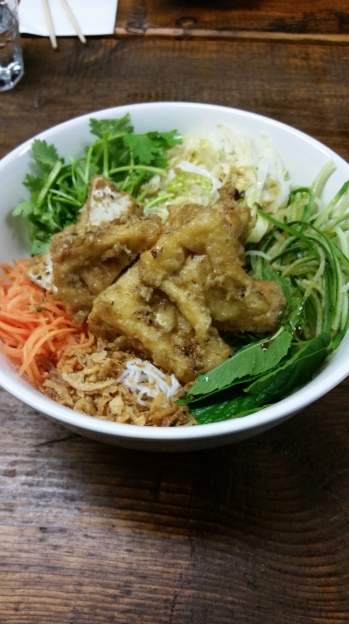 Both dishes were heavy-handed; the noodles were too oily and the tofu wedges were enormous, you certainly won’t leave hungry! Maybe it’s not fair to make a comparison with a meat stock pho, but for me nothing can beat the pho noodle dishes at Pho 999 on Mare Street, Hackney for only about £8. 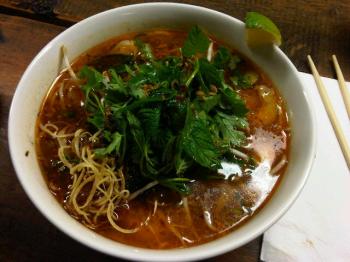 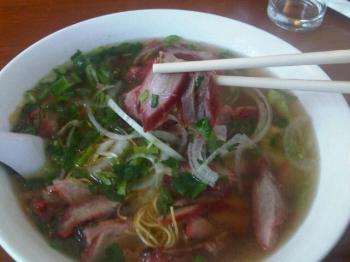 So what’s the final verdict on Salvation in Noodles? If they can fix some of the heavy touches, then this is a handy stop on the Victoria Line in the gourmet desert of Finsbury Park and is very near the station. The service is friendly, the bill was cheap and the decor is funky with communal tables.  It won’t beat the Hackney Vietnamese cafes for authenticity and flavour, but it’s easy to get to and we’ll probably head back there after swim soon.

We have a passion for good food – bought locally, cooked simply and shared with friends in Walthamstow, London and beyond
View all posts by walthamstowfoodies →
This entry was posted in Restaurants beyond E17 and tagged Finsbury Park, Salvation in Noodles, Vietnamese. Bookmark the permalink.

2 Responses to Salvation in Noodles – Vietnamese in Finsbury Park